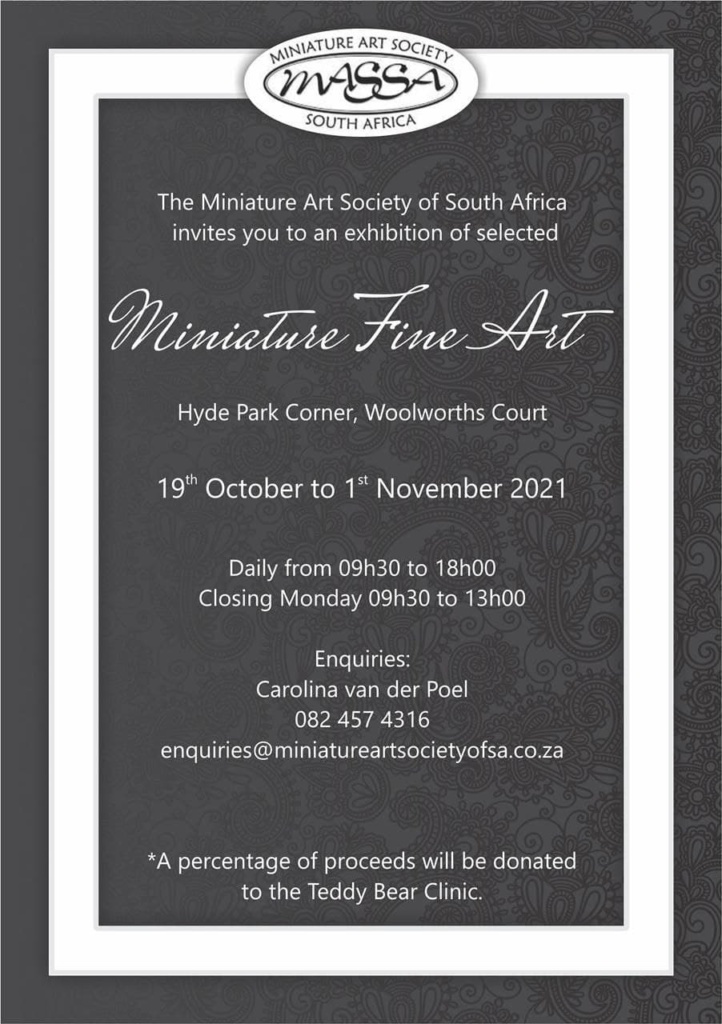 There is something very seductive about holding an exquisite, small work of fine art in the palm of one’s hand and being into that minute jewel-hued space.

Man’s fascination with painting and sculpting in miniature, creating fine art on a small scale, has manifested itself in many ancient civilizations such as those of the classical world and in the Far East, Byzantium, Persia, India and Western Europe.

Today there is an international revival. There is a tendency to think of Minature Art as something new and trendy.  In point of fact it is one of the world’s oldest art-forms; having been discovered throughout all previous art civilisations, many of which pursued the practice of painting and sculpting “in the small”.

Medieval manuscripts painstakingly produced by monks with brush and pen told the illiterate through the medium of picture of the text in the precious book, and today those books rank among the most valuable treasures of museums throughout the world.  So it is that, with the revival of painting and sculpting  in miniature, socieities world-wide have formed to ensure that the art-form survives as fine art.

The Miniature Art Society of South Africa was founded in 1992 at the instigation of Charmian Kennealy, who had participated in the Miniature Art Exhibitions throughout America and Canada, and Jeff Sochen whose interest in miniaturism was the catalyst needed to help her. The first meeting was held in February 1992.

With miniature art societies, world-wide, reviving the age old artform, it seemed only right that we, in this part of the world, should have a like-minded band of artists promoting and pursuing it. For many artists the more disciplined and detailed approach of miniature art was a welcome change from the predominantly large and freer paintings in fashion today.

The Society has some 65 members throughout South Africa. It has held successful exhibitions in all the main centres of South Africa. We are affiliated to the World Federation of Miniaturists and have participated successfully in four world exhibitions where our work was highly acclaimed. We keep in touch with the ten other recognised societies in the world through the exchange of newsletters.

Our headquarters are in Johannesburg ,and regular meetings and demonstrations are held in a pleasant little hall in Edenvale.